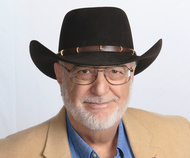 Claims Commandment Number IV Thou Shall Understand The Policy

In this the fourth of Fifteen Claims Commandments we deal with the need for every insurance claims professional to read and understand the terms and conditions of the policy that made promises to an insured who is presenting a claim.

Insurance policies are contracts. To understand insurance claims the adjuster must understand how all contracts, and specifically insurance contracts, are interpreted. Rules of contract interpretation have developed over the last 300 years and are applied by courts with the intent to fulfill the desires of all parties to the contract.

People and judges who are not conversant in insurance and the interpretation of insurance contracts believe that the insurance policy is difficult to read and understand. They are wrong. However, as one court said in Delancy v. Rockingham Farmers Mutual, 52 N.H. 581 (1873):

This [policy], if read by an ordinary man, would be an inexplicable riddle, a mere flood of darkness and confusion … should some extremely eccentric person attempt to examine the involved and intricate net in which he was to be entangled, he would find that it is printed in such small type and in lines so long and crowded as to make the perusal of the document physically difficult, painful and possibly injurious.

Since 1873 insurance policies are printed in large print and in language, by statute, that anyone with a fourth grade education can understand. Still, there seem to regularly be disputes taken to court about the meaning of terms, conditions and limitations of the policy of insurance.

The following rules govern the construction of contracts of insurance:

If the terms of a promise are in any respect ambiguous or uncertain, it must be interpreted in the sense in which the promisor believed at the time of making it, that the promisee understood it.

If a written contract is so worded that it can be given a definite or certain legal meaning, then it is not ambiguous. However, if the language of a policy or contract is subject to two or more reasonable interpretations, it is ambiguous.

When a policy is interpreted, the provisions of an endorsement control the interpretation over the body or declarations of a policy when the two are in conflict.

For example, if the language written to limit an insurer’s liability to the appraised value appears on the declarations page, while the valuation condition that provides for an actual cash value adjustment appears on a form endorsed to the contract, the endorsement’s language would control the interpretation of the contradictory language of the policy.

However, the fact that the two sentences could have been written more clearly, did not mean that they were ambiguous.

Consider the reasonable expectations of the insured but, when doing so, include the understanding that every insurer is presumed to be acquainted with the practice of the trade that the insurer insures.

More than 150 years ago the US Supreme Court in Hazard’s Administrator v. New England Marine Insurance Co., 33 U.S. 557 (1834) adopted the rule. The Supreme Court concluded that “no injustice is done if insurers are presumed to know their insureds’ industry because it is part of their ordinary business.”

In MacKinnon v. Truck Ins. Exch., 31 Cal.4th 635 (2003), the California Supreme Court first stated the primacy of the “reasonable expectations” test when interpreting insurance policies. It decided that the reasonable expectations of the insured required coverage to exist for an ordinary act of negligence even if it involved pollutants.

Where the language of the policy is clear, the language must be read accordingly, and where it is not, it must be read in the sense that satisfies the hypothetical insured’s objectively reasonable expectations.

If you find the term is clear and unambiguous there will be no need to apply the reasonable expectations test.

If you find any ambiguity, or determine the insured should be paid, the application of the reasonable expectations test will give a court the ability to construe the policy against the insurer and in favor of payment of the insured’s claim.

Most states will apply the plain meaning test.

Long-established insurance law supports the conclusion that insurers are presumed to know and be bound by the meaning of the terms used and customs adopted in their insureds’ industries. Insurers, and insurance claims professionals, faced with a need to understand and apply the wording of a policy of insurance must now conduct their investigation to include:

a detailed investigation of the facts of the loss and policy acquisition;

a determination of the expectations of the insured and the insurer at the time the policy was acquired;

a determination of the purposes for which the policy was acquired; and

an examination of all communications between the insurer and the insured or their representatives.

To conclude a thorough investigation the insurer must at least conduct a detailed interview of the insured, the claimants, the brokers, and the underwriters. When there is a dispute over the meaning of common terms, the court will often find it necessary to inform upon the understanding of persons in the particular business insured so that the judge must consult the opinions of experts.

An insurance claims professional can never make, or recommend, a decision with regard to an insurance claim until he or she has read the entire policy as it relates to a loss, interpret the policy wordings in accordance with the rules of interpretation stated above, conduct a complete and thorough investigation to determine the reasonable expectations of the insured, and if unable to decide to seek the advice of competent coverage counsel.

Write to Mr. Zalma at zalma@zalma.com; http://www.zalma.com; http://zalma.com/blog; daily articles are published at https://zalma.substack.com. Go to the podcast Zalma On Insurance at https://anchor.fm/barry-zalma; Follow Mr. Zalma on Twitter at https://twitter.com/bzalma; Go to Barry Zalma videos at Rumble.com at https://rumble.com/c/c-262921; Go to Barry Zalma on YouTube- https://www.youtube.com/channel/UCysiZklEtxZsSF9DfC0Expg; Go to the Insurance Claims Library – https://zalma.com/blog/insurance-claims-library

00:10:14
0
View All
0
Reply
Interested? Want to learn more about the community?
What else you may like…
Videos
Posts

zalma@zalma
November 25, 2022
No Insurance Policy Covers Every Risk of Loss

Court Refuses to Strain to Find Ambiguity That Did Not Exist

In ERIE INSURANCE EXCHANGE v. DRAGANA PETROVIC, No. 1-21-0628, 2022 IL App (1st) 210628-U, Court of Appeals of Illinois, First District, Second Division (November 15, 2022) the circuit court properly granted summary judgment in favor of the insurer declaring that it had no duty to indemnify or defend the insureds because the underlying accident occurred while the insured was operating his personal vehicle during the scope of employment, triggering the “auto exclusion” provision of the policy.

Erie Insurance Exchange (Erie) sued the defendants, Aral Construction Company (Aral) and Arunas Alasevicius (Alasevicius) and Dragana Petrovic (Petrovic), seeking a declaration that Erie was not obligated to defend or indemnify Aral or Alasevicius in the underlying negligence claim brought by Petrovic.

My family and I have much to be thankful for this year, not the least of which are the care provided by Dr. Wright, the cardiologist who cares for me and my wife, Thea.

I am personally in good health, walking four to five miles a day, and in retirement from the practice of law, working only six to eight hours a day doing what I love the most, writing about insurance, insurance claims, insurance law and acting as an insurance claims consultant and expert witness.

To me, I am thankful for you, my friends, clients and readers of “Zalma’s Insurance Fraud Letter,” my blog “Zalma on Insurance,” and my books and other writing including the new books: The Compact Book on Ethics for the Insurance Professional, The Tort of Bad Faith, The Equitable Remedy of Rescission of Insurance, and Insurance Fraudsters Deserve no Quarter,...

zalma@zalma
October 19, 2022
I Am Honored to Speak at the 44th Anti-Fraud Conference in Palm Springs

Barry Zalma will Speak on November 8 on “The Examination Under Oath, a Perfect Tool to Defeat Insurance Fraud”

Read the full article at https://www.linkedin.com/pulse/i-am-honored-speak-44th-anti-fraud-conference-palm-zalma-esq-cfe and at https://zalma.com/blog plus more than 4350 posts.

In Addition to my Talk Conference Speakers Include: 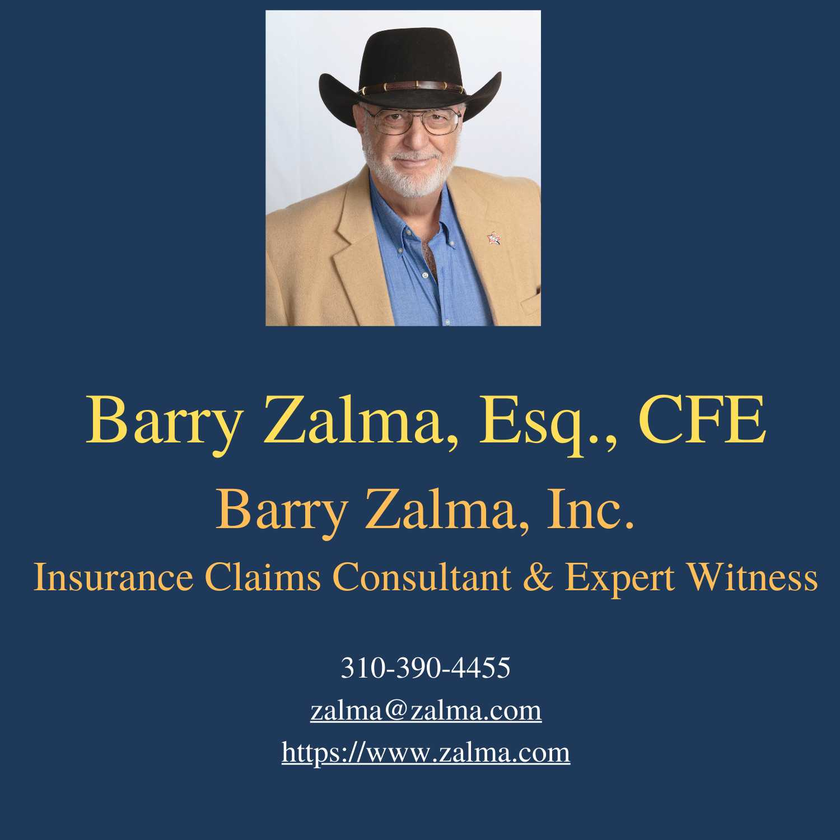 Read the full article at https://www.linkedin.com/pulse/october-1-1979-2022-another-anniversary-barry-zalma-esq-cfe and at https://zalma.com/blog plus more than 4300 posts.

Forty three years ago, October 1, 1979 I left the world of the employed and became an entrepreneur by opening my own law firm. The law practice was incorporated shortly thereafter as Barry Zalma, Inc.

When I opened for business on October 1, 1979 I had no clients and no certainty that I would have any in the future. I had borrowed money from the bank to carry me through the first six months and was concerned about my ability to pay the loan with my third child about to be born. Much to my surprise and pleasure, on October 1, 1979, at 8:10 a.m., the best claims handler in the London market, Alan Warboys, called from London and provided me with my first case as an independent lawyer to represent Certain Underwriters at Lloyd’s, London. 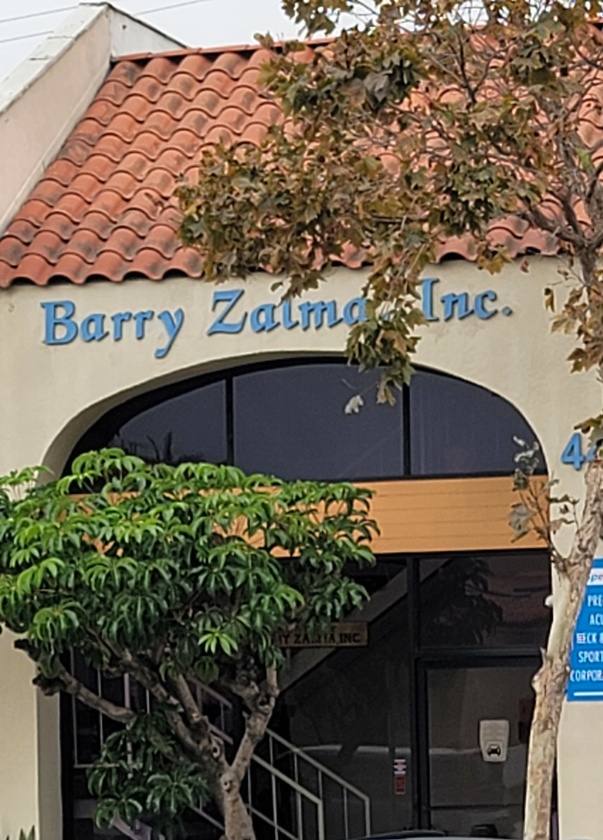 In 2008 I wrote a long article on what to expect after your property is damaged or destroyed in a catastrophe like a wildfire, a tornado, an earthquake or a hurricane. The attack on Florida and much of the East Coast by Hurricane Ian has encouraged me to make the article published by the CPA Journal, available by publishing the link to the Journal where it was published in 2017.

“At the request of the editors of the CPA Journal, insurance expert, Barry Zalma updated his blog for the benefit of our readers. In 2008, he wrote this article to help those faced with catastrophic losses. It is reprint here because of Hurricane Harvey and Irma in hopes it will help those victims of the catastrophes deal with their claims.” It is available at https://lnkd.in/gWtRikVb... 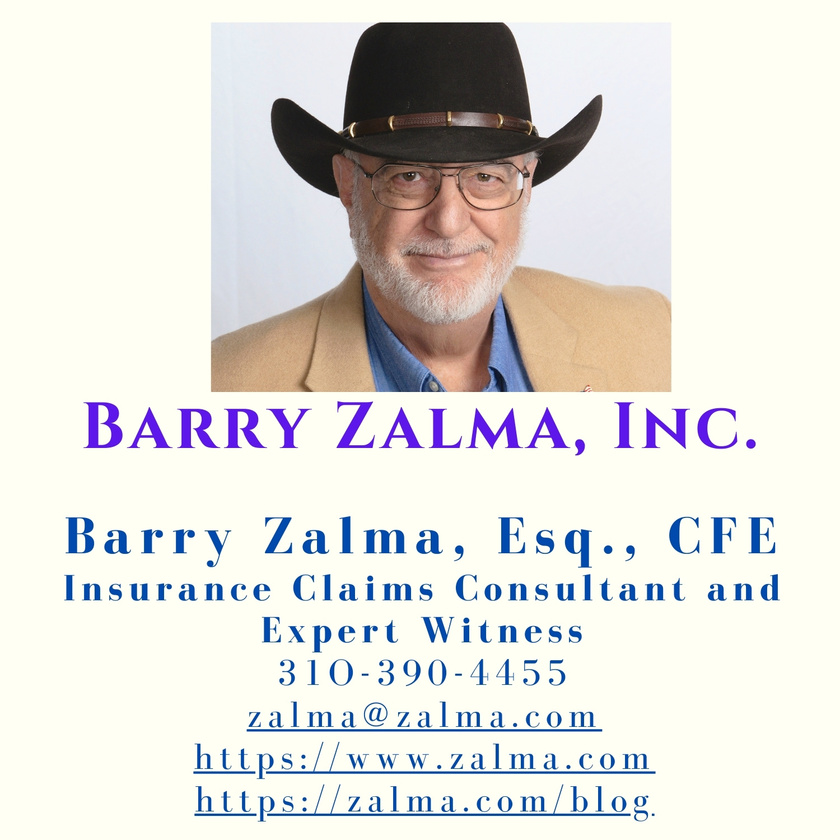 Powered by Locals
About Community
Zalma on Insurance
43 Members
Don’t have a Locals account yet? SIGN UP
I’m already a member Log in
Please keep this window open while your file is uploading...